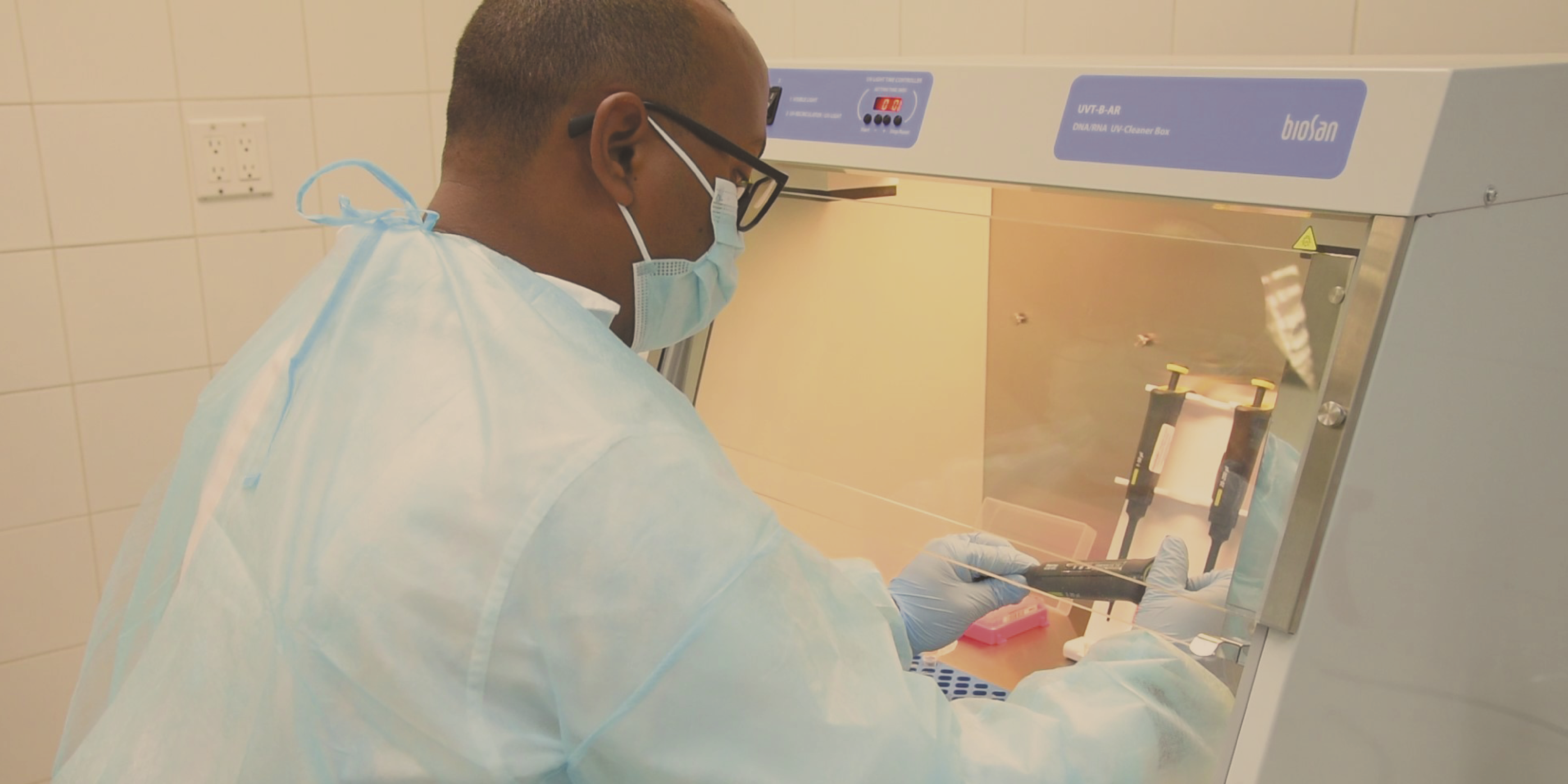 It was during a mathematical modeling workshop that Rado Rakotonanahary first learned about Pivot.

“To tell you the truth, I had never thought about pursuing a career in the humanitarian field,” he recalls. As a scientist, however, he says that he was “directly drawn to the organization” upon learning about Pivot’s public health research agenda. So, when he heard of an opening on the Pivot team, he didn’t hesitate to apply.

Prior to joining the Pivot team, Rado was a laboratory research engineer at the Institut Pasteur of Madagascar (IPM) in Antananarivo, the country’s capital city, where he also grew up and pursued his education. With a doctorate in immunology and training in quantitative methods, his specific research interests include diagnosis and surveillance of infectious diseases. During his time at IPM – which is known internationally for its dedication to the study of infectious disease at the microbiological level – Rado was involved in responding to Madagascar’s 2017 plague outbreak, coordinating diagnostic efforts and advancing research on rodent-borne and other zoonotic illnesses.

When Rado assumed the role of Pivot’s Research Manager in October 2019, the team couldn’t have anticipated the imminent pandemic or how critical Rado’s particular skills and experiences would become as the COVID-19 crisis unfolded. Before that, Rado enjoyed his transition from the hustle and bustle of Antananarivo to the rural tranquility of Ranomafana – something that he says added to the draw of the position. “The environment, the fresh air, and the low-stress commute” are among the aspects of living in Ifanadiana District that he appreciates most. 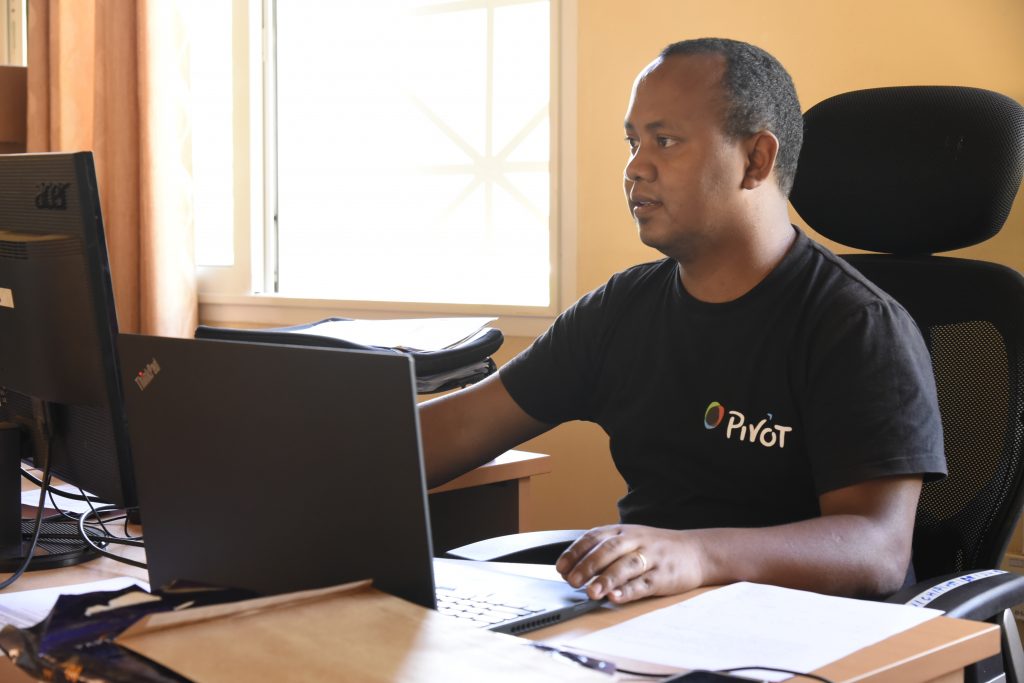 At the start of his time as Research Manager, Rado’s primary charge was already broad: to oversee the coordination of Pivot’s scientific studies with a focus on supporting and leading operations and clinical research. Considering the central importance of research in Pivot’s overall strategy to model universal health coverage for the country, coordinating even one study – let alone several at once – is no small feat. So he dove right in, getting involved in every step of the research process, managing studies “from their conception [to their] implementation, analysis, publication, and popularization of their results.”

Of these functions, he finds the last to be the greatest challenge. “It can be a bit difficult to communicate the results of a study to our clinical staff,” he explains “because we need to distill the complex explanation into something that our programmatic colleagues can understand well enough to use to strategically improve our intervention on the health system.”

However, nothing in his two years at Pivot has proven more challenging or exciting than the project that awaited Rado just a few months after starting his new position. With the onset of COVID-19 around the world giving Madagascar – an island nation – some lead time to organize prevention measures, Rado was called upon to oversee the establishment of a reverse transcription polymerase chain reaction (RT-PCR) laboratory in Ifanadiana District. Working in collaboration with Pivot’s founding partner at Centre ValBio (CVB), whose research station sits at the edge of the Ranomafana National Park, and with the Ministry of Public Health (MOPH), Rado’s new charge was to transform CVB’s existing biosafety level 2 laboratory into a regional COVID-19 testing lab.

Fortunately, Rado’s vast experience working in such lab settings had prepared him to rise to this unexpected challenge. He explains that there were a multitude of obstacles that he and his collaborators faced in this endeavor to expand Madagascar’s testing capacity beyond the capital city, especially when it came to procuring the specific equipment and reagents necessary for the lab to function as intended – materials that were only available internationally and in high demand across the globe. The perseverance of Rado and collaborators led to the laboratory’s grand opening in May 2021, just as Madagascar was experiencing a second wave of COVID. Though he says there are still improvements to be made in terms of the lab’s efficiency, the mere establishment of such a facility in a rainforest – the first of its kind outside of the capital – means a great step forward for the country’s capacity to respond to infectious disease crises. 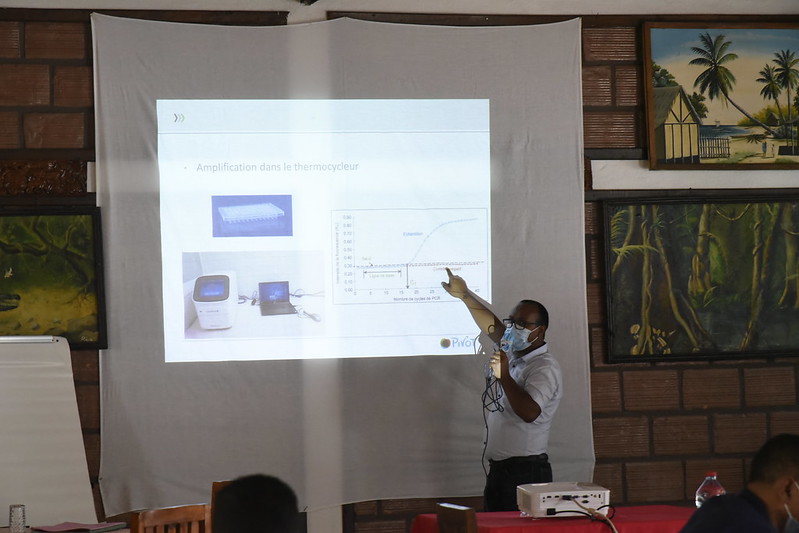 Simultaneously, Rado has been contributing to the Pivot Science team’s development of predictive epidemiological models of the spread of COVID-19, and authored an article that was published in Frontiers In Public Health in July 2021 entitled “Integrating Health Systems and Science to Respond to COVID-19 in a Model District of Rural Madagascar.” In the latter, Rado et. al. outline Pivot’s multifaceted response to the pandemic in conjunction with the MOPH and CVB, and demonstrate how “an integrated platform of strengthened health systems and research” can generate transferable lessons for the prevention of future epidemics in rural Madagascar and around the world.

Balancing his dual roles as Research Manager and de facto lab manager continues to keep Rado busy, but the diversity of the work in which he is involved is what he enjoys most about his job. The fact that he thrives on being involved in the variety of disciplines and methods brought forth by himself and his fellow researchers aligns naturally with his favorite of Pivot’s seven values: the pursuit of learning. “I don’t want to be satisfied with what I already know,” he explains. “I always want to learn and deepen what I know, and to have notions of what I do not yet know.” Even when asked about his hopes for the future of Pivot, Rado names the ways in which he envisions continuing to improve our approach, the evaluations of impact, and the integration of the evidence generated by research with our long term plans.

“Rado’s background and diverse skillset have helped Pivot’s research respond to the global need for a better understanding of disease dynamics and the health system response during a global pandemic,” says Karen Finnegan, Associate Scientific Director. “His leadership of the COVID-19 laboratory has been pivotal in helping diagnose and treat cases in the district and surrounding regions. Rado is tireless in his pursuit of answers to the questions that are central to Pivot’s work.”

Today, Rado has a new appreciation for what it means to leverage his work as a scientist in a healthcare delivery organization at the edge of a peaceful rainforest. “I’m especially proud to support the people,” he says, “especially that, above all, we work to help the poorest of the population.” 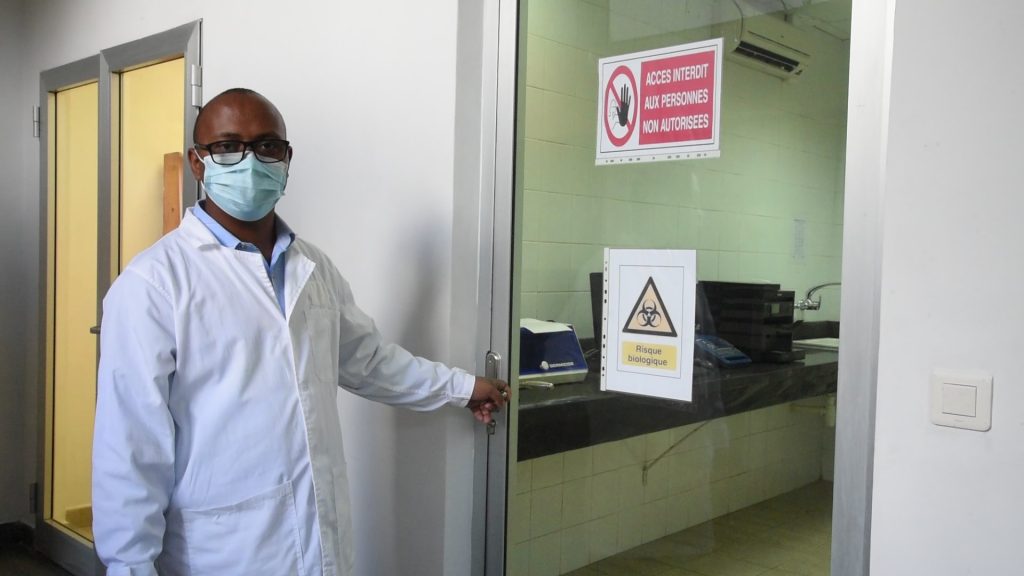