Natacha Rajaona joined the PIVOT team in January 2020, just before the onset of the COVID-19 pandemic. Within weeks of her onboarding as the Deputy Director of Infrastructure and Logistics, an unexpected personnel shift promoted Natacha into the newly formed role of Director of Programmatic Support. Now, almost a year and a half in, Natacha remains one of the two directors of our 70+ person Operations Department, and is boldly heading up the rehabilitation of rural health centers throughout the district as a foundational step to our largest-ever expansion of services. Despite the challenges created by the pandemic and the simultaneous leap into her new role, Natacha has maintained a laser focus on this goal, which is key to executing PIVOT’s strategy to implement universal health coverage (UHC) throughout Ifanadiana District by 2022.

Prior to moving to Ranomafana, Natacha primarily lived and worked in Madagascar’s capital city, Antananarivo. Trained as an engineer, her past professional experiences were exclusively in the private sector, working with for-profit companies dealing in the implementation of telecommunications and solar power in rural communities without electricity. In these roles, she often found herself negotiating with poor communities on behalf of wealthy companies, and it left her feeling conflicted about the true impact of these business practices on the local people and economy.

“There was no justice in what I was doing,” she says, reflecting on these previous chapters in her career. Natacha explains that it was this realization, combined with her faith, that pushed her to seek opportunities in the humanitarian field. “Today I can say that I am working for something where I feel I’m really contributing to the good of the community. And that creates fulfillment and peace.”

When prompted to summarize her role in just a few words, she says it is “to provide support for clinical activities.” And when asked which aspect she loves most about her role, she says simply: “being of service!” Whether it is resolving supply chain issues to ensure all essential medicines are available at the district hospital, or solving a real-time logistical puzzle to free up an ambulance needed for an urgent patient transfer, she loves leading a “department that is designed to support other (clinical) departments,” as she puts it. 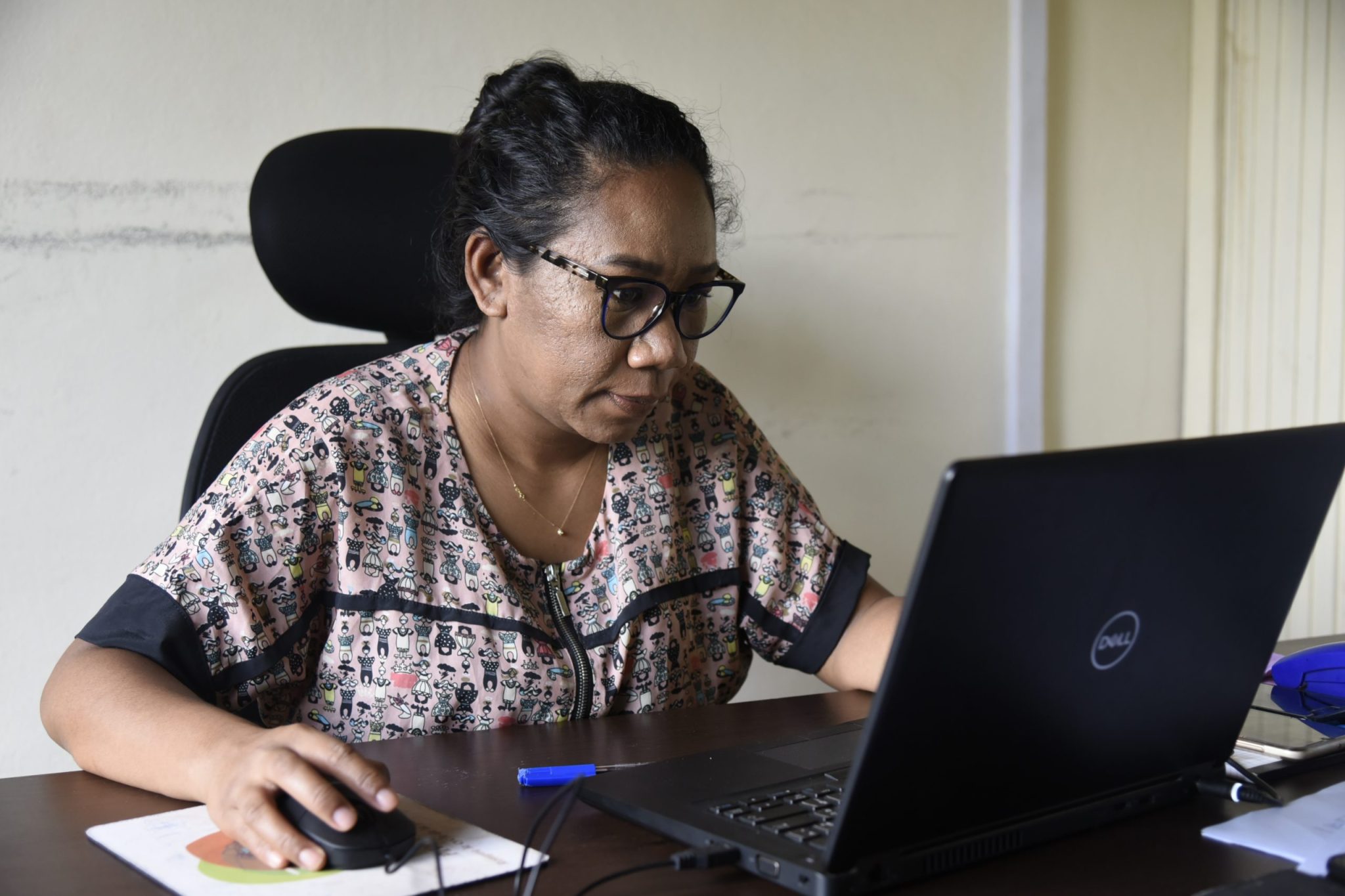 Among Natacha’s greatest prides from her time with PIVOT thus far has been the development of strong policies and procedures that were lacking when she assumed the role of overseeing the infrastructure, procurement, and logistics departments. From strengthening the process of contracting with quality local vendors to the establishment of anti-corruption policies, she sees these accomplishments as a direct manifestation of her favorite of the seven PIVOT values: accountability – to our donors and to the communities we serve.

Natacha embodies this value in her approach to leadership as well, with the firm belief that “if something does not work, it [falls to] me first. She says even if it is an error of the department, I will not put the blame on others.” Humility, another of the PIVOT values, shines through in her work. “I don’t know how to do everything,” she says without hesitation, “so I need my team. [They] have good ideas, and our strength comes from our teamwork.”

Of course, leading her team of more than forty people comes with plenty of challenges, but Natacha’s colleagues say that one of her greatest strengths is being an empathetic listener. Even though Natacha would name conflict management as one of the more difficult aspects of her job, she is a firm believer in the power of open communication, and strives to lead by example in this way. 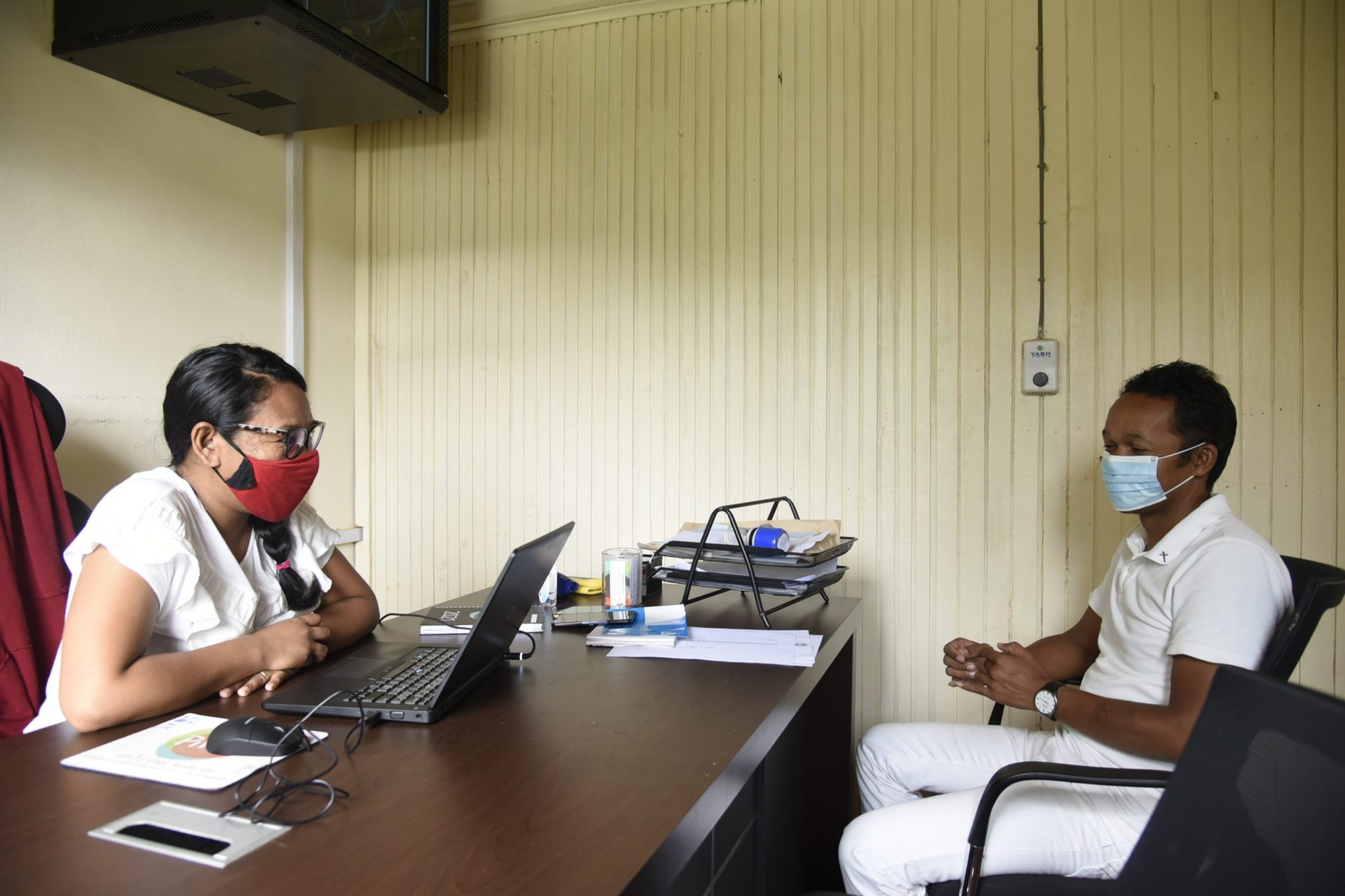 Natacha meets with one of the 45 members of the 3 programmatic support teams (logistics, procurement, and infrastructure) that she oversees.

Amid the pandemic, the everyday sorts of challenges in her job have had to be met with extra adaptability, given the increased demand for both building and medical supplies, for the safe transport of patients and of COVID test samples between labs for diagnosis, and so much more. Even within the parameters of the policies she established soon after joining the team, Natacha has demonstrated a great deal of flexibility and grace in responding to the shifting needs of the organization.

“I have been impressed with Natacha from the moment we started working together in such a tumultuous time, and my respect has only grown since,” says colleague Alexis Moisand, HR & Finance Officer. “Bringing fresh ideas and innovative ways of working from her wealth of prior experience, Natacha has supported her department in breaking through some of the most pressing challenges that have dogged our work for years. In addition to her professional excellence, Natacha has an uncompromisable integrity that has led her to challenge inequities whenever she sees them – even if that means shaking up the way things have ‘always’ been done.”

Natacha sees her function within the organization as one of ensuring PIVOT’s longevity. One aspect that sets PIVOT apart in the field of global health is a focus on improving the health system as a whole; not only ensuring strong, dignified clinical care, but equally as strong and dignified buildings and systems to bolster that care. As a salient example of her effectiveness, over the last six months Natacha has led her teams through the lofty charge of simultaneously rehabilitating six rural health centers – during a pandemic, no less, which means navigating additional layers of challenge with regard to domestic travel restrictions and global supply chain. This is an enormous milestone on the path toward achieving UHC in Ifanadiana District, as quality infrastructure facilitates availability of health services, which in turn dramatically increases access to care. 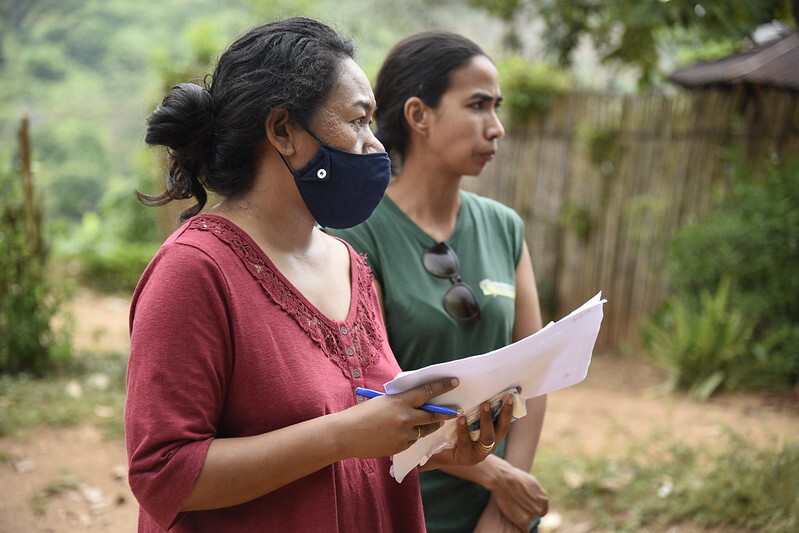 Natacha visits one of the six health centers to monitor the progress of the rehabilitative infrastructure work she’s overseeing – a key part of PIVOT’s strategy to achieve universal health coverage in Ifanadiana District.

Already faced with a large scope of work tied to PIVOT’s growth, Natacha’s greatest hope for the future of the organization is further expansion. Seeing the impact of the “healing, supporting, and lifesaving” work on Ifanadiana District’s population, she looks forward to playing a part in the process of transforming other districts’ healthcare into systems that serve all, too. In so doing, the importance of teamwork remains at the forefront of her mind at all times. “We need to always focus on the fact that PIVOT is there to really support the [population], and we need everyone to do their part […] for it to work.”

WATCH NATACHA DISCUSS SOME OF THE BIGGEST CHALLENGES WE’VE ENCOUNTERED IN THE PROCESS OF REHABILITATING RURAL HEALTH CENTERS.

Outside of her big and often frenetic job, Natacha finds tranquility in the natural surroundings that Ifanadiana District has to offer. Though she misses being close to family and friends back in Antananarivo (including her husband, who has remained there for work), she says that her 3-year-old daughter, Anoka (who lives with her in Ranomafana), is a constant source of inspiration. On her most difficult days, she reminds herself that she is on the right path because she is serving the needs of the population, which also means she is creating a better future for her daughter. 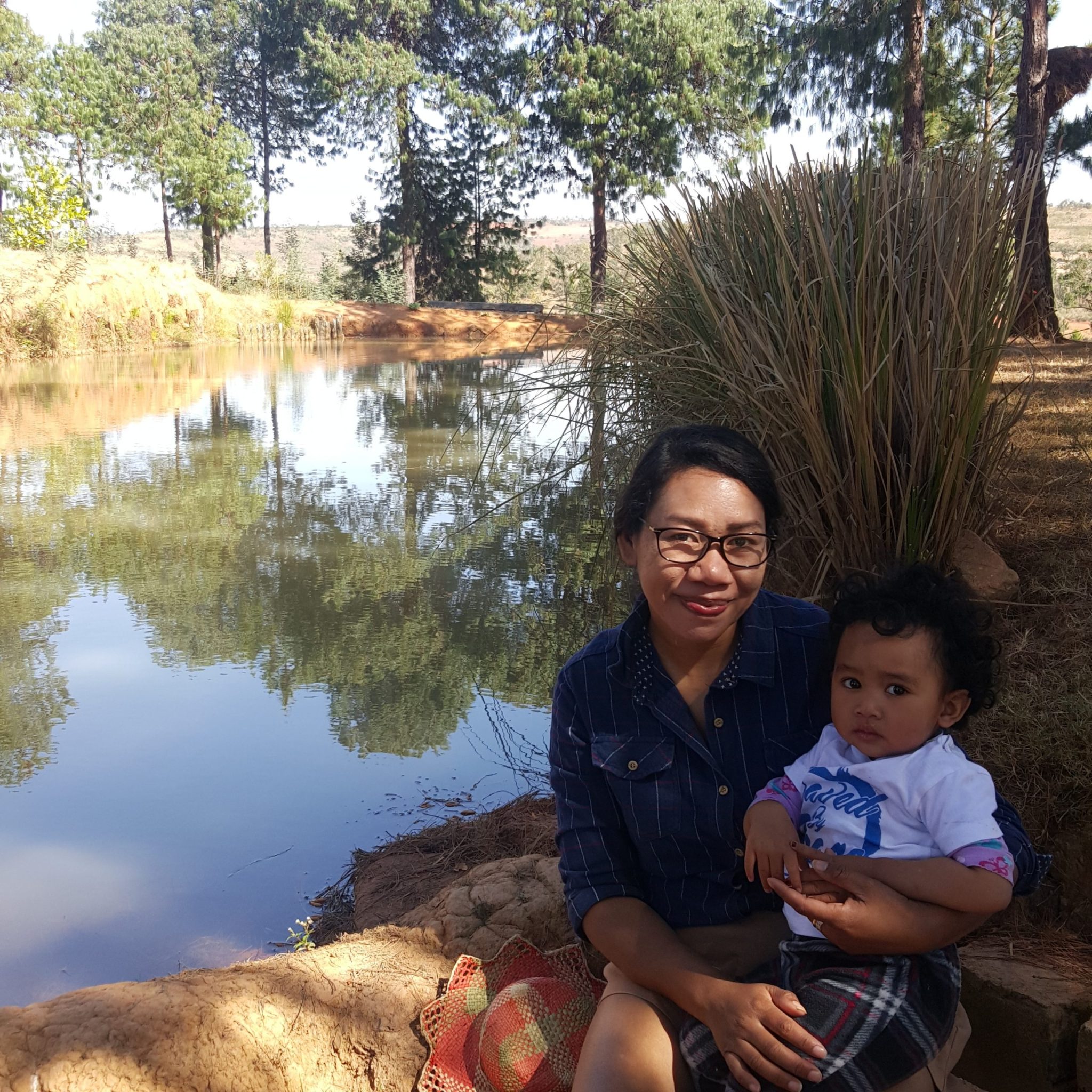 Natacha and her daughter Anoka, age 3.