In 2014, as a recent nursing school graduate, Luc Rakotonirina says PIVOT’s ambitious mission is what compelled him to apply for one of the organization’s first clinical positions. Upon reading PIVOT’s aim to “break cycles of poverty and disease” in Madagascar, he decided that the NGO’s mission was lofty enough to match his own professional ambitions.

Coming from a family of healthcare professionals, Luc says he knew since childhood that he wanted to pursue a career in the field of public health. What he could not have anticipated was that he would one day play a key role in establishing Madagascar’s first 24/7 public ambulance network – an accomplishment that has been recognized at the national level by the Ministry of Health.

After joining the PIVOT team as an ambulance nurse, Luc quickly exhibited a level of professionalism and attentiveness to patients’ needs that earned him a managerial role on the clinical team. As Manager of Sanitary Evacuation, Luc now oversees a team of ambulance medics, nurses, and drivers who serve the population of Ifanadiana District as first responders. From pregnant women to malnourished children to accident victims, Luc and his team play an essential role in saving patients’ lives every day.

In a district as rural as Ifanadiana, Luc says it is a constant challenge to find creative ways around the geographic barriers to care experienced by patients seeking urgent care. Over 70% of the 200,000 people in the district live more than 5 kilometers from the nearest health center, often on unpaved roads inaccessible by car. This year, Luc is spearheading efforts to pilot transformable stretchers by which community members – who traditionally carry sick loved ones to care with makeshift stretchers of branches and cloth – can more safely and easily transport those in need of care from their homes to health facilities.

One of Luc’s favorite parts of his job is reviewing the monthly reports generated by his team; despite the ever-increasing volume of patients they transport, the team has seen zero patient deaths occur in transit. He attributes this success to the collective efforts of the dynamic, dedicated team he has helped build.

As a member of PIVOT’s founding clinical team, Luc has undoubtedly played a part in establishing the values that make him most proud to be a part of the PIVOT team: “no matter the gravity, complexity, or cost [of a patient’s case],” Luc says, “PIVOT doesn’t give up.” After four years of challenging work with PIVOT, it is clear that he Luc doesn’t give up either; he finds himself continually inspired by the work of his colleagues and impressed by the progress the organization has had in improving population health. Without dispute, Luc’s colleagues agree that his work has directly contributed to this impact. 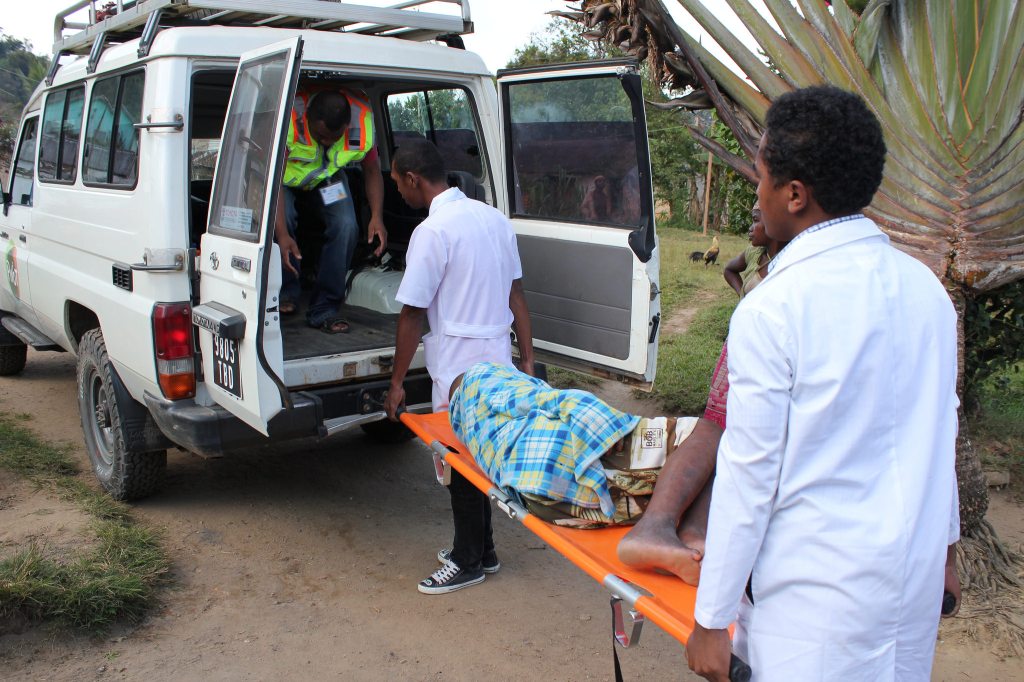