With the majority of the Ifanadiana District population living a multi-hour walk from the nearest health center, geography can be one of the biggest barriers to care. So it stands to reason that Dr. Baolova Ratsimbazafy, PIVOT’s Deputy Director of Primary Care who oversees clinical programs at the health center level, would name the expansion of primary care activities to health centers in two rural communes among her proudest accomplishments at PIVOT since she began in 2016.

Of the 15 health centers in Ifanadiana District, 11 are located many kilometers beyond what’s reachable by car, which in most cases leaves hours if not days of further travel by foot or motorbike. This means that the process of bringing any one health center up to even the most basic standards outlined by the Ministry of Public Health requires a great deal of logistical coordination. As one of the key strategists in rolling out support to the district’s health centers, Dr. Lova – as she’s known to all who meet her – played a huge part in establishing primary care activities in the rural communes of Antaretra and Ambohimanga du Sud, effectively increasing access to higher-quality for tens of thousands of people.

(Read more about what it looks like to launch activities in remote health centers HERE.)

Of course, the ongoing COVID-19 pandemic has created even more challenges for Dr. Lova and her team, whose plans to expand services have been “turned upside down” during the first half of 2020.

Though Ifanadiana District has confirmed only two COVID cases to date, the plans for expanding primary care to more remote facilities in the district have been slowed while clinicians necessarily shifted their attention to preparing for a local outbreak. With Dr. Lova at the helm, health center personnel have instead been working to establish new protocols for patient triage at facilities and undergoing extensive disease management training in anticipation of the virus’s spread throughout the already-vulnerable population.

Extolling the work of her colleagues on the sensitization team in the context of COVID and beyond, she emphasizes that “prevention is better than any cure,” and that the promotion of simple health behaviors can be key to preventing the region’s most common illnesses, which too often result in needless death.

This highlights one of Dr. Lova’s favorite aspects of PIVOT’s approach: the close attention to the specific needs of the population we serve.

As she explains it, Dr. Lova had “no notion of the humanitarian world” when she finished medical school in the capital city of Antananarivo and began her search for full-time work. After a few months bouncing between jobs at private clinics, she came across PIVOT’s posting for an attending hospital physician. She admits that, when she joined the team in 2016, she knew little about PIVOT other than that it was an international health NGO, and that her prior impression of such organizations was that their presence was usually transient and their projects short-term. Despite this, she took the leap, moving 11 hours south to start work at the Ifanadiana District Hospital.

Dr. Lova administers a measles vaccine during a mobile vaccination campaign organized by the Ministry of Public Health and supported by PIVOT in response to Madagascar’s early-2019 measles outbreak.

Though she hadn’t anticipated staying in the role for very long, she found after one year that she had a “new appreciation for the value of caring for the poor” and was compelled by PIVOT’s “active commitment to [improving] population health” for the long-term. So, when an opportunity to join the leadership team opened up in 2017, she applied and landed the role of managing health center-level programs – a position she served in for the two years that followed.

Today, she is nearing her one-year anniversary as PIVOT’s first Deputy Director of Primary Care, and says she never imagined she’d be fortunate enough to have a job that allowed her to continuously grow and improve her skills as a physician and a leader.

In her four years of work at PIVOT, Dr. Lova has not only risen into a position of leadership, but has also become a mother of two-year-old Soléa, who she names as her greatest inspiration and “motivator for success in life.” She also credits the experience of motherhood with improving her capacity to empathize with and provide better care for the patients PIVOT serves. It has especially strengthened her ability to support mothers in Ifanadiana District, who face the staggering 1 in 14 odds of dying during childbearing years.

(For more from Dr. Lova on motherhood in global health, check out her appearance on one of our virtual panel sessions, HERE.) 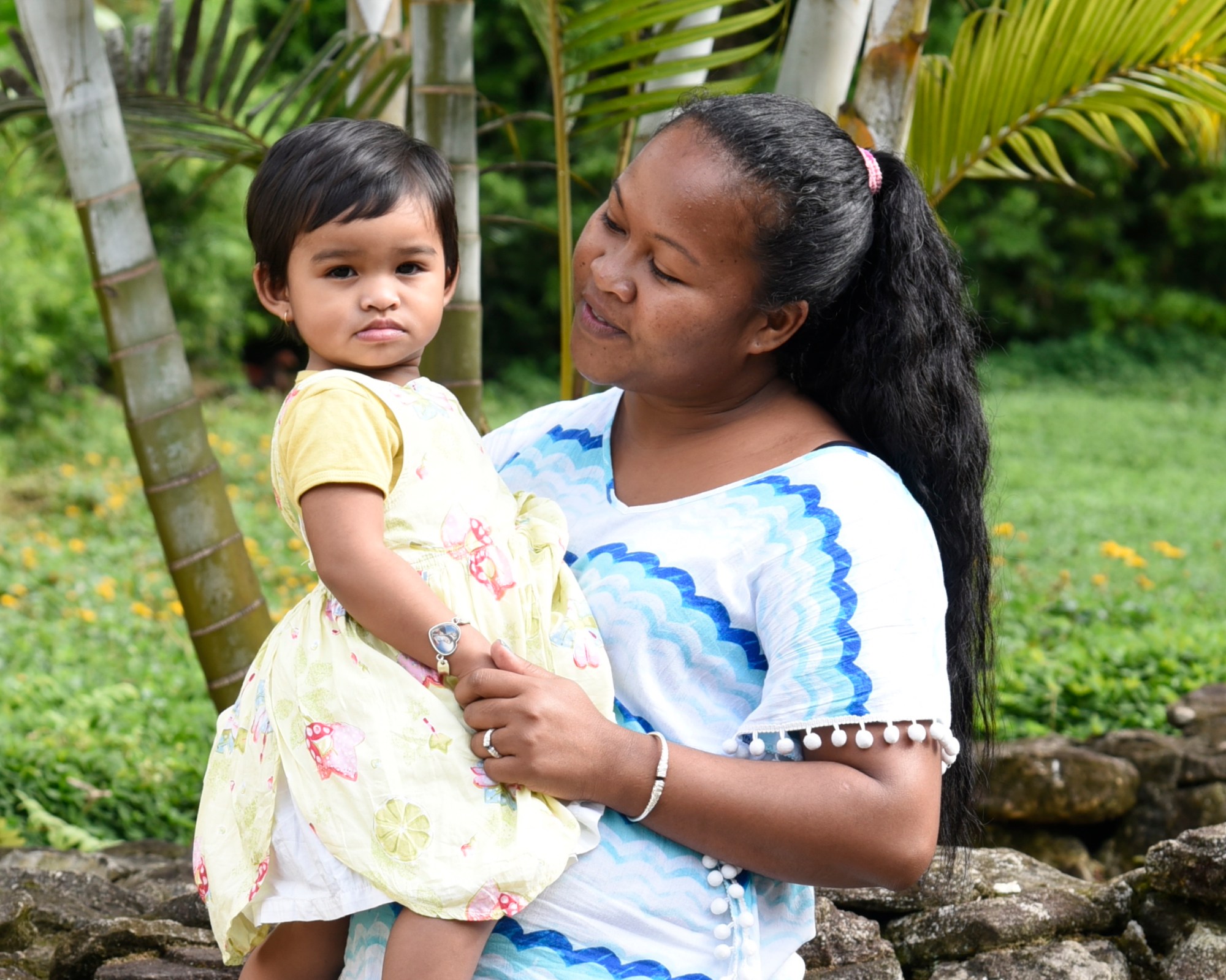 For having joined the PIVOT team with no prior familiarity with mission-driven work, Dr. Lova’s commitment to advancing health as a human right is especially abundant and inspiring to her colleagues, who describe her as calm, compassionate, and hard-working.

“I’ve had the privilege of working with Dr. Lova for the past four years, and I am constantly amazed by her work ethic and ability to care for patients while also managing clinical programs,” says country director Laura Cordier. “As a leader, she always prioritizes integrating PIVOT’s values into her approach, and effectively shares her skills with her colleagues, ultimately helping build a stronger team.”

For her own part, one of the mottos Dr. Lova lives by says that “to the valiant heart, nothing is impossible.”

The value of this outlook in the context of health system strengthening cannot be understated, given the often slow nature of the work, and speaks volumes about her value as a leader on the PIVOT team. Because if, like Dr. Lova, we persevere through the complex challenges we encounter in this work, we’ve seen that we actually can have lasting impact on population health. And if we can do that in as remote a place as Ifanadiana District, we ought to be able to do it anywhere.